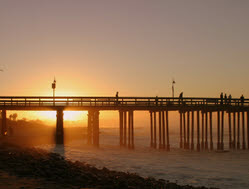 Help for Current or Former enlisted, Officers, and spouses

What is the USFSPA and how does it relate to Military Divorces?

USFSPA is the acronym for the Uniformed Services Former Spouses’ Protection Act. It is a law passed by Congress in 1982 that offers some financial protection to certain former spouses of service members. It allows states to divide military disposable retired pay as marital property upon divorce. It may allow an ex-wife or ex-husband (through a court order) to be awarded a share of disposable retired pay by direct payment from DFAS (Defense Finance and Accounting Service). Also by court order, it may allow former spouses to obtain medical care and certain other benefits after divorce.

How Do State Courts Determine How to Divide the Military Retirement?

In community property states such as California and many of the other states, a formula is used when the member has already retired. However in some cases, while the parties may file for divorce in California, the California court may have no jurisdiction over the military member’s pension.

How Much of a Spouse’s Military Pension Pay Will Be Divided?

In California, the court can only divide the “marital portion” of the pension, that is, the portion that was earned during the marriage. The rest of the pension (earned before marriage or after separation/ divorce) is the military member’s separate property. In addition to this breakdown, the USFSPA says that no more than half of the pension can, under most circumstances, be divided. Typically, many states presume an equal division of all marital property, including retirement rights.

The Service members Civil Relief Act (SCRA) is very important and prevalent when the military member is either deployed or is stationed on active duty in a place outside of the county where the divorce is filed. The SCRA is federal law which protects service members from being unfairly treated when they are unable to attend court proceedings due to deployment. However, just because a service member is deployed or on active duty stationed out of the area, does not mean that the proceedings cannot continue if the service member wishes them to move forward.

Can I Modify My Divorce Orders?

At the Law Offices of Michelle Evans, we represent both in-state and out-of-state clients. If you are a military service member or if you are married to a military service member and have an issue involving divorce, child custody, child support or spousal support, contact us today for a free consultation. We look forward to answering your questions and finding a legal solution that is right for you. There is absolutely no obligation, and your divorce consultation will be 100% confidential. Email our office or call 805-242-6270.